Growing up in Paragould with a love of nature and the outdoors might have been a catalyst for a host of career possibilities. For one thing, before finishing high school young Alan Ainley’s love of Scouting had earned him dozens of merit badges and the title: Eagle Scout, the Boy Scouts of America’s highest achievement level to which he added four palms. Alan’s formative years spawned a keen interest in chemistry and biology, and with access to his father’s dental office and all its fascinating medical devices there was never much doubt that he would eventually choose to walk in Dr. Charles Ainley’s professional footsteps.

Alan Ainley received Bachelor of Science degrees in both Chemistry and Biology from Ouachita Baptist University in Arkadelphia, and during his sophomore year served as an exchange student to Seinan Gakuin University in Fukuoka, Japan.

Dr. Ainley’s desire to bring 21rst century dental science to Paragould spurred him to attend countless seminars and graduate programs, including studies at Ouachita and the University of Tennessee at Martin.

He went on to graduate from Baylor College of Dentistry in Dallas, Texas in 1984 and then returned to Paragould to practice with his father. His education also revealed to the young Dentist that his profession was on the threshold of an exciting new era where revolutionary techniques were evolving, and where technology seemed to be reshaping modern dentistry.

The year 1996 became a milestone in his professional career as Dr. Ainley received the reigns for the clinic when father elected to retire from a practice that had served Paragould for nearly half a century and four generations of patients. That year, Dr. Alan also received the Arkansas Young Dentist of the Year Award presented by the Arkansas State Dental Association. In 1996 Dr. Ainley also received the fellowship award after serving as president of the Arkansas Academy of General Dentistry.

Many awards followed over the years, but In 2006 Dr. Ainley received the prestigious Masters Award with the distinction of being only the eighth recipient of this award ever presented for the state of Arkansas.

Dr. Ainley is the action team leader for the 1st Congressional District with the state association PAC. He is also a past president of the Crowley’s Ridge Study Club and a current member of Kiwanis International where he has served as local club president and has a 27 year perfect attendance record. He has also served on the board of directors for the Paragould Chamber of Commerce, the tourism committee, and the Greene County Community Fund. He was appointed to a term as commissioner on the Parks and Recreation Committee and has served on the Greene County Courthouse Preservation Society. In 1992 he participated in the Rotary Group Study Exchange to Northern Italy.

“Once an Eagle, always an Eagle” is a well-known Boy Scout slogan since “Eagle Scout” is a lifetime award. Dr. AinIey’s love of scouting finds him actively serving on the troup committee of troup 138 and over the years he has addedOrder of the Arrow the distinction of Vigil Honor Member of the Order of the Arrow. He also proudly displays his “God and Country Award”. In addition, he has been presented the District Award of Merit and the Silver Beaver and has served as scoutmaster to the 2005 National Jamboree and has attended several national scouting events and high adventure bases as a youth and a leader. He has also served as District Chairman and Chapter OA Advisor.

Dr. Ainley attends Central Baptist Church and has been active in foreign missions to Jamaica, Guatemala, The Ivory Coast and West Africa.

Dr. Ainley is appointed to the board of directors of Williams Baptist College.

He is also a popular public speaker to youth, senior citizens and professionals on various dental health topics. He is on staff at Arkansas Methodist Medical Center. 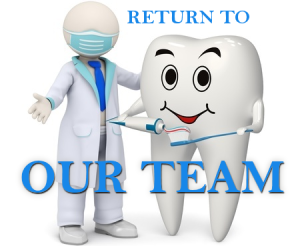